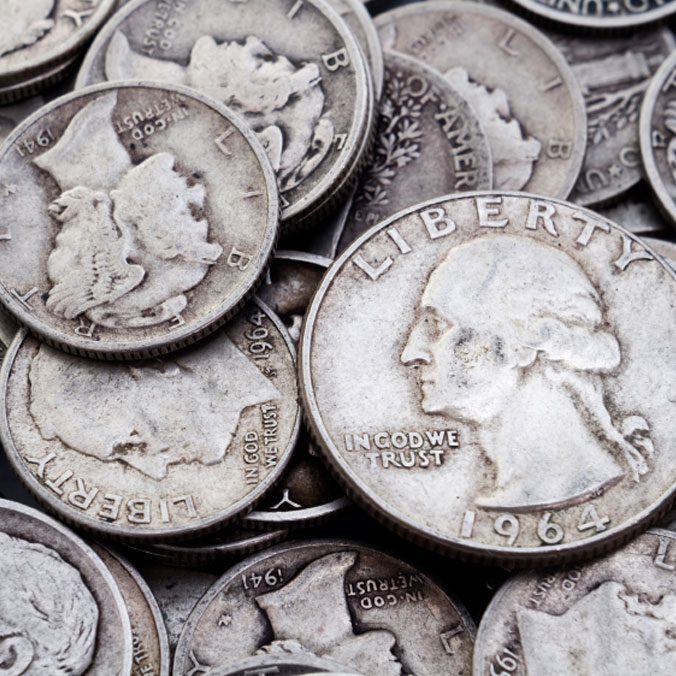 Silver, is the younger sister of gold! Though not quite as valuable, it has often been touted as “poor man’s gold,” and for good reason. It is much easier to acquire, and it’s just as easy to liquidate. Silver is recognized world-wide as a tradable currency. The increased industrial use of silver along with its current ratio to gold (the number of silver ounces needed to equal the value of 1 gold ounce) has driven the demand for silver at a frenzied pace! Like gold, silver is sold in bullion, coin, and fractional forms. Unlike gold however, silver can still be found in circulation by those able to recognize it in pre-1964 half dollars, quarters, and dimes often referred to as “junk silver” due to their 90% silver content. Because of its relatively small price in comparison to gold, silver has become much more appealing to smaller investors. Coupled with gold, owning the physical silver should be the objective of every investor.